Wet’suwet’en: Mooniowuck have to examine their past.

10 Films That Show How the U.S. Has Mistreated Native Americans and Alaska Natives 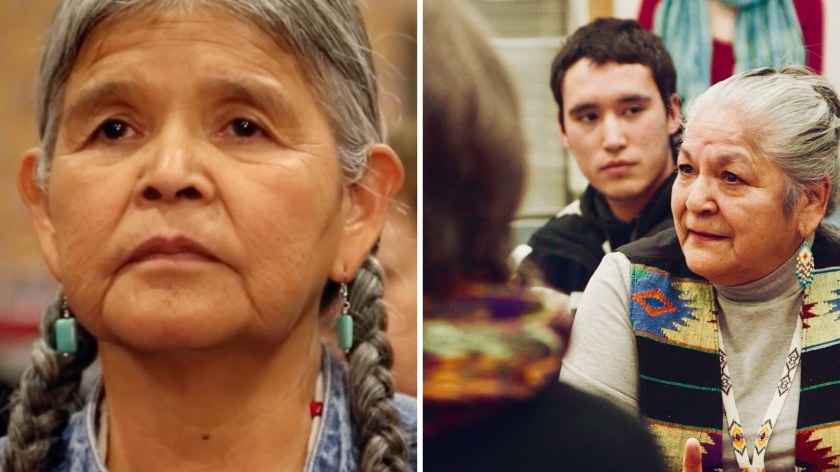 Orange Shirt Day, which takes place Sept. 30, is an annual event that honours the survivors of residential schools and their families. It is inspired by Phyllis Webstad who, at the age of six, was stripped of her new orange shirt on her first day at St. Joseph Mission residential school.

“The colour orange has always reminded me of that and how my feelings didn’t matter, how no one cared and how I felt like I was worth nothing,” Webstad told CBC News in 2016.

“Ally”: It doesn’t mean what you think it means…
Accomplices Not Allies: Abolishing the Ally Industrial Complex

John Ralston Saul wrote a book in 2008, looking for a new way to interpret Canada’s history and current status for Settlers.  Here’s a good summary of his ideas – and some of the controversy around it:

‘When You’re Accustomed to Privilege, Equality Feels Like Oppression’

Russell Diabo has been drilling down on “First Nations Policy” for longer than most have been aware of it.

I developed this PowerPoint presentation about Canada’s War on First Nations (click here to access) in the summer of 2008 after the federal apology for Residential Schools and the announcement of the Truth & Reconciliation Commission (TRC).

Since before Confederation in 1867, to the 1876 Indian Act, to the Liberal 1969 White Paper on Indian Policy, to the Conservatives “Buffalo Jump of the 1980’s” Native Policy, successive Liberal or Conservative governments have continued to implement a First Nations Termination Plan to end the collective Inherent, Aboriginal and Treaty rights of First Nations.

Despite the Trudeau government’s lofty promises and the use of a federal Justice Minister—who is an Indigenous Person—as camouflage, the federal War on First Nations continues albeit through stealth in secret Cabinet meetings, an internal federal Ministerial Working Group and about a hundred Termination Tables where over 400 Chiefs & Councils are negotiating the extinguishment/conversion of their Peoples’ Inherent, Aboriginal and Treaty rights.

I urge you to read my presentation from 8 years ago as a benchmark to measure against the Trudeau government’s actions today and decide for yourself if I am right or wrong!

For your information, this is the message the RCMP and intelligence agencies didn’t like in their SITKA Report and I was singled out for mention because of it!

For more on project SITKA and Indigenous resistance, see this recent article in Briarpatch Magazine

White Privilege 101: How the media primes the pump

Watch carefully as a typical Vancouver Sun journalist makes unsupported assertions and wild presumptions; all safe in the knowledge that his readers would not question his viewpoint.

He clearly must not have escaped his Christian training, which tells him that cultural practices that are not within the Christian canon are therefore dangerous innovations. Things like meditation and mindfulness; use of medicine plants for cleansing; and the expression of modesty expressed by the world “hijab” bridge many cultures and many religions; but because they are not current in his form of Christianity, he sees them as alien forms of religion – and therefore to be discouraged.

The fact that those practices live entirely free of various religious dogmas completely escapes him, because his mind is so occluded with the beliefs of his own religion. His astonishing thesis that acknowledging that land is unceded – a legal fact – must somehow be “quasi-sacred protocol” makes the remainder of his argument nonsense: the kind of nonsense that Postmedia regularly promotes on the behalf their corporate masters. Perhaps he needs to return to high school for a little remedial civics and religious studies.  Perhaps he might actually talk to some Indigenous people about their spirituality; as well as some lawyers about the state of law.

As it is, his argument could be used just as much against Christmas, Easter or Thanksgiving as it is recognized in the schools.  But it’s clear he has not even considered that.

The logic of ‘unceded territory’ in B.C.

Fast becoming a classic in the discussion of allyship and “un-settling”:

Dr. Lynn Gehl has a great site which covers much relating to current issues in the national indigenous community as well as specifically in the Algonquin community.  As part of her site, she provides an excellent listing of Settler Ally Resources which is unparalleled.

Emma Lindsay: I think white people should stop excessive shaming of racists. Once their behavior has been identified as problematic, we can stop there. Excessive shaming of other people sets us up to be highly defended ourselves, because we fear also being called out in such a way. It is much more important that you are able to fix your own problematic behavior than it is for you identify it in others.

Our people maintain that the treaties were agreements to share the land and its resources. If the Ontario government were to implement resource revenue sharing with the affected treaty nine communities and if affirmative action programs were demanded of the mining companies for training and employment, communities like Attawapiskat could deal with the infrastructure and lifestyle issues and become self sufficient.

All it takes is some political will.

Children of the Broken Treaty